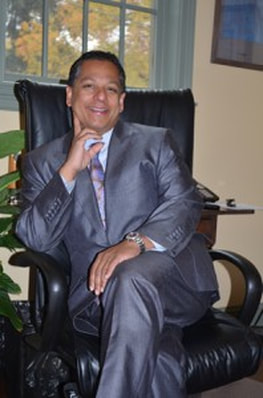 Ty Hyderally
Attorney Tayeb Hyderally is the owner of Hyderally & Associates, P.C. The law firm has two offices, one is located in Montclair, New Jersey and the other is in New York, New York.

Mr. Hyderally received his B.A. from Johns Hopkins University, Baltimore, Maryland where he graduated with Departmental Honors. He then pursued legal studies at University of California; Berkley where he obtained his J.D. Hyderally is admitted to practice law before the State and Federal Courts of New Jersey, Southern and Eastern Districts of the New York Federal Courts, the United States Court of Federal Claims, US Supreme Court and the Court of Appeals for the Armed Forces.

Formerly, he served as president of the National Employment Law Association in New Jersey. He held this position from 2008 until recently.

Tayeb Hyderally is knowledgeable  in employment law. He shares his expertise with a wide variety of audiences across the United States each year. He is frequently a featured speaker at different seminars and speaks to groups of attorneys, corporate officers and human resources professionals. Hyderally speaks on a wide variety of topics which pertain to employment law such as sexual harassment, the ADA, FMLA, and workplace torts. He also publishes different publications to help businesses remain aware of the various aspects of employment law and how they can stay in accord with the laws. As someone familiar with employment law, Mr. Hyderally has the opportunity to work with at the corporate level to help the business institute policies and procedures that can help keep the workplace free from various infractions and prevent them from having to face time in court or in litigation. Mr. Hyderally has published employment opinions before the NJ Supreme Court on issues pertaining to Sexual Harassment and Whistleblower.

Mr. Hyderally has received many prestigious awards during his many years of successful litigation. In 2005, Ty Hyderally served as the Co-Chairperson of the Trial Litigation Sub-committee of the American Bar Association’s Labor and Employment Litigation Section. He served in this position by nomination. He was included in the Top Ten Leaders of Employment Law in Northern New Jersey, and was named a “Super Lawyer” in New Jersey as a Rising Star in August of 2006. In 2011 the Best of Bergen named Ty Hyderally the New Jersey Top Lawyer in Labor & Employment Law.

Tayeb Hyderally worked as a Criminal Trial Lawyer in the office of the Us Navy in the Judge Advocate General’s Office. He also worked in a firm in Pensacola, Florida. The firm specialized in litigation at the federal court level. Hyderally & Associates is a firm which will aggressively and efficiently litigate for the rights of their clientele. They are willing to fight for an individual’s rights whether the defendant is a small company or a large corporation. Hyderally and his law firm have two mantras: velocity and ferocity.